Well tonight the American Crappie Trail kicked off its 2018 season with the banquet and meeting for the Neely Henry event. As fans have come to expect, owner Matt Morgan put on a class act evening for everyone. There were many new faces and plenty of old ones too.

Before I go any further I must make mention of the moment of silence for Guido Hibdon and two fallen Missouri police officers , it was very high class. Given the American Crappie Trails standards of excellence I shouldn’t be surprised. 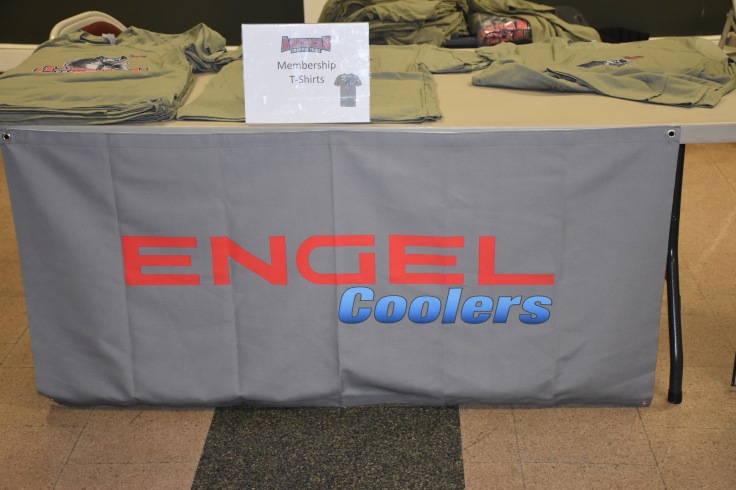 There were some new sponsors introduced to the anglers such as Engel Coolers and Pro Built Jigs. If you have not checked out Pro Built Jigs you really need to. Shannon Cure of Pro Built took the time to travel from Oklahoma to Alabama so she could speak to the group.

Mayor, Sherman Guyton of Gadsden welcomed and thanked all the anglers for coming. The town of Gadsden is truly a fishing town.

Well there is a 5 am boat check in the morning so just stay tuned folks for up to date coverage the the American Crappie Trail.